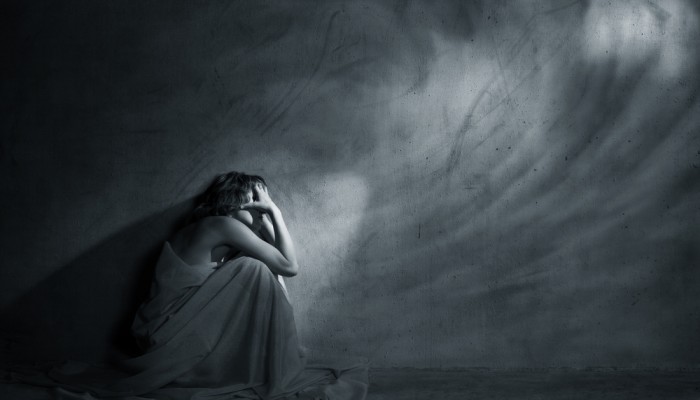 Healing my relationship with my dad is a battle I’ve been fighting for 33 years. I’ve been through over a decade of therapy and group counselling, but when he treats me like he did when I was a child, all the hurt and emotions I thought I’d gotten over or worked through come flooding back with a vengeance.

This is affecting me so much and I’ve tried several times to talk to him about it, but each time I only end up feeling worse as he just won’t listen and refuses to see that he’s done anything wrong. What can I say to get through to him…or should I just stop trying?”

To say that this situation is a common one would be something of an understatement. Perhaps it’s one you’re dealing with, too…

And believe me, I know that the ways in which your dad failed you might be so crystal clear to you, to others close to you, and to any therapist you’ve consulted, that you’re convinced you can and must get him to see it.

I also get that your dad might still be speaking to you and acting towards you in ways that just aren’t acceptable. What could be a healthier reaction to a situation like that than honest and heartfelt communication?

And I also know that if he would only listen to you, and apologise for the ways in which he’s hurt you and let you down, that would give you a sense of closure about it all that nothing else could. And that this would be deeply healing on so many levels.

So what to do if you’ve already tried to have an honest conversation about this with your dad on several occasions, and you’re not getting anywhere – and especially if speaking to him has made you feel worse not better?

To answer that question I want to share something I’ve discovered through my research into father-daughter relationships – something which, while it might not be good news, could save you a great deal of pain and heartache.

In my years of talking to, working with and corresponding with women who’ve tried time and time again to get their dad to “get it”, and been disappointed time and time again that he refuses to, I’ve yet to come across a single one who ever got the apology and understanding she was looking for from her father!

This isn’t because there aren’t dads out there who can understand this. There absolutely are. I regularly receive emails from these dads – men who are willing to look honestly at where they might have been less than loving, and committed to making things right with their daughters. But if you’ve already tried several times to talk to your dad about this and you don’t feel he’s heard you on any of it, the truth is that’s unlikely to change.

Realising this saved me a ton of time, energy and heartache. I write as one of the women who tried reaching out to her father about this on many occasions. To say it was painful each time he responded like it was all in my head would be something of an understatement.

But when I started to realise what a common dynamic this is in father-daughter relationships, three things changed: I no longer took it personally; I stopped thinking that in the next email or phone call I’d find the words that would get him to understand; and I started on the journey to accepting that it’s highly unlikely he’ll ever understand, and that’s okay.”

Now, reaching this acceptance was definitely a journey. And on a practical level, you might also have to think about how you’re going to protect yourself.

In some cases a father is so toxic that his daughter will only ever find peace, health and sanity if she stops seeing him altogether.

For most of us it’s not about cutting off contact, but about managing the contact we do have. For you, this might mean seeing (or speaking to) your dad less frequently, or for less time, steering clear of certain topics, and/or making sure certain family members are present (or absent!) when you see him.

And if, like the reader above, your dad still treats you in such a way that, “all the hurt and emotions you thought you were over come flooding back with a vengeance,” you might also need to set some other boundaries. While he might never understand how you feel, that doesn’t mean you can’t let him know, lovingly yet clearly, that you won’t tolerate certain ways of speaking and acting.

I'd love to send you my mini guide 'Never feel "good enough"? Here's the first key to changing that'. Entering your details here will also subscribe you to the Father Daughter Factor newsletter – full of tips for healing from the effects of a painful father-daughter relationship.

Just one more step... Next time you check your email, there'll be a message asking you to confirm your subscription. Once you've done that, you'll be directed to your fab freebie 🙂 Sarah xo